The simple yet sumptuous: The Easter spread at the Imperial’s 1911, will warm your heart with its almost home –style warmth and a well put together collection of the customary cuisine varieties.

Originally written for & published by LuxepointIndia

1911 has always had a special appeal, now whether that has something to do with the theme for restaurant, the fact that it’s nestled in the old-world-charm carrying Imperial Hotel or the vicinity it’s situated in, it’s difficult to say.

I’ve never once been disappointed with a meal at The Imperial and things weren’t going to change on this trip, after years, either. As we waited for the Easter brunch preview to begin, something as minor as a simple Green Asparagus, Shaved Pecorino & Truffle Salsa Bruschetta entrée set the tone for this mid-day meal – soaked in simplicity and high on taste.

The décor has all your celebratory signature Easter things, little chicks riding a mini cycle cart with Easter eggs, among other things. Diving right into the menu, the soup- Beetroot, Barley & Thyme was winner already, to say the least. 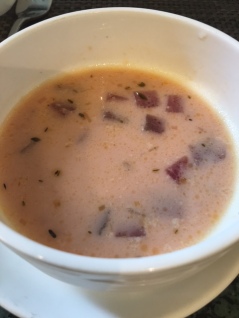 The main course has a good number of star preparations with the Quinoa & Polenta steaks, Parmesan Cream leading from the veg segment followed by Gratin Asparagus Hollandaise, Baked Rigatoni, Chateau Potatoes and Ratatouille. 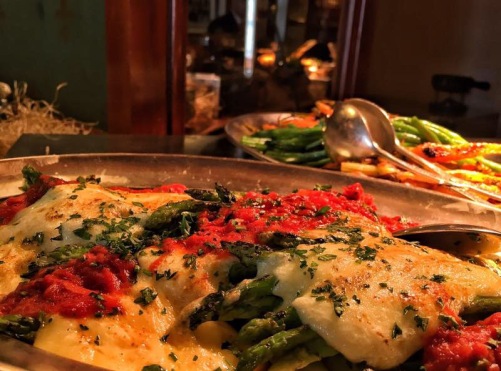 The non-veg section has seas represented by Spinach & Salmon Strudel and the Mediterranean favourite Seafood Paella, while the meats had some fantastic numbers showcased through cold cuts, bakes, stews and roasts. The as good as a traditional homemade delicacy, the signature Minced Lamb Pie is sure to warm your heart, the Stuffed Leg of Lamb was decent as was the Stuffed Chicken Roulade. However the flavours one is not likely to forget in a hurry, would be the Roasted Beer Chicken, the absolutely tender and delicious Fennel & Orange Braised Pork Belly, along with Cinnamon & Honey Roasted Pork Loin- they were something else. 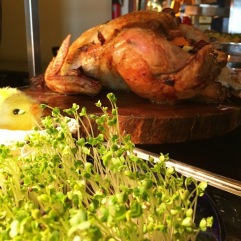 So of course all your Easter essentials were well represented starting with lamb and potatoes among other things except one- there was no bread and not one person missed the staple. That sure says a lot about the fare.

The selection at the preview we attended was only 10% of Imperial’s Executive Chef Prem K Pogakula’s plan for the Easter Brunch on April 16th, 2017. While the preview had mostly the European rural food with the classic touch, the actual brunch will also have a Goan and East Indian Food selection of Easter cuisine with likes of Bottle-Masala Chicken, Spicy Sour Goan Sausages among other things. The fare was defined by simple cooking techniques and minimal ingredients and a part of it is inspired by community kitchens style from the Chef’s extensive research.

The real rockstar or the grand finale of the fare was the desert- Flambéed Baba Au Rum. Words cannot describe the joy one felt with the first whiff and the bite of this Parisian desert, oozing with Cognac and Rum of course. Yeast Cake, soaked spiced syrup with star anise and cinnamon.

As I close the story on a sweet, partly tipsy note (the Baba Au Rum effect), I have to make special mention about the Easter goodies such as Chocolate Bunnies, Egg Baskets and sweet breads among others at La Baguette (French Patisserie) at the hotel, the cookies specially are delectable.